Males all around me...

When I say I live in a house full of men I’m not exaggerating. 4 sons + hubby + 3 male cats! I can’t even get a girl cat! I’ve always had male cats. They are supposed to be “nicer” and more cuddly. I grew up with cats and they have always been part of my family.  There were always lots of cats around with the farm my Grandfather had.  I have an Aunt that when I was little I use to love going over to her house because she had 3 Burmese cats. If you don’t know what a Burmese is, they are a breed of cat and are commonly called “Velcro” cats because the cling to you! And they do. Every time we could go over to her house these cats would lay on your head, shoulder, lap, etc. and loved it! I always wanted one of my own.

Well a couple of years ago we were looking to get another cat and I said to Joe that I would LOVE to have a Burmese and told him how much I loved the one’s my Aunt had. She had the traditional Burmese known as the sable color. 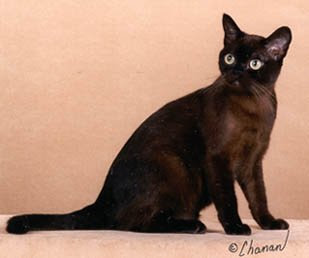 So I started searching on the internet and didn’t realize that there is traditional Burmese and European Burmese. There are several different “colors” that they come in and the one that stuck out to me was the European Burmese Lilac. They actually have purple ears and nose (very faint).  I searched and searched and couldn't find one!  I had no idea it would be difficult finding one!  After many months,  I found a breeder that just happen to have one that was supposed to go to Europe to be a stud but the buyer couldn't come up with the funds and so he just became available.  I was super excited!  After several days of paperwork we were all ready for him!  He would be coming by airplane!


We brought Ozzie home and let me tell you, I've never experienced a cat like this!  He literally bounced off the walls!  We were ready to send him back!  I knew Burmese where athletic but wow!   I guess he was just getting use to his new home because he did calm down...somewhat.  He is now 8 and still acts like a kitten.   He is my baby!  He is the most loving cat I have ever owned.  He is also very vocal and will talk up a storm!
He is very muscular and likes to jump up on things: 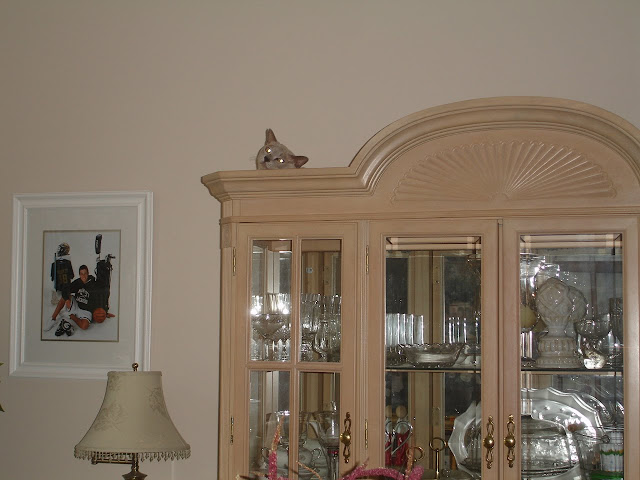 He takes over the bed: 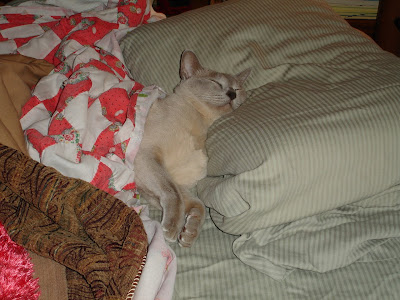 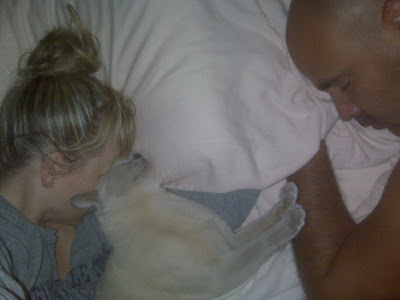 He poses for pictures: 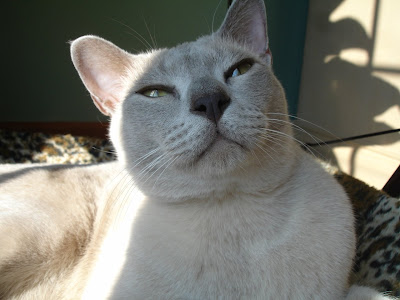 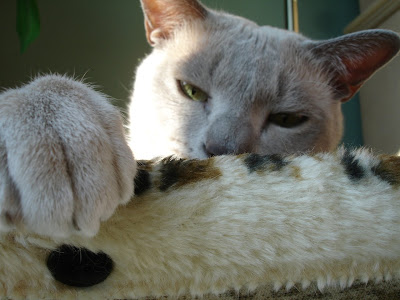 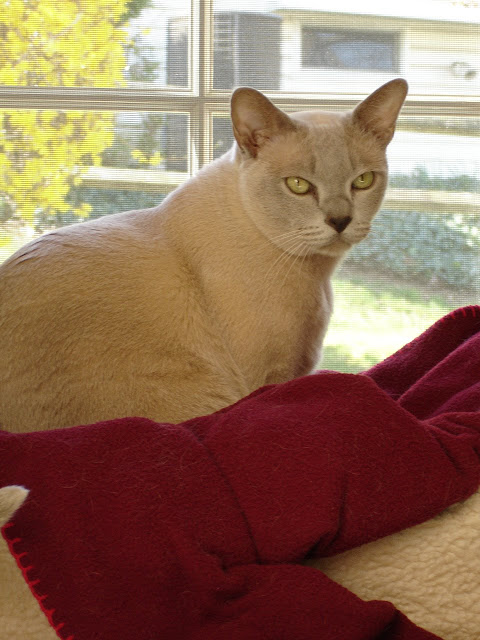 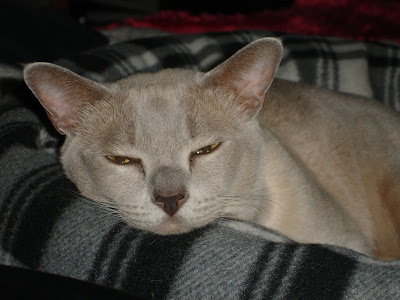 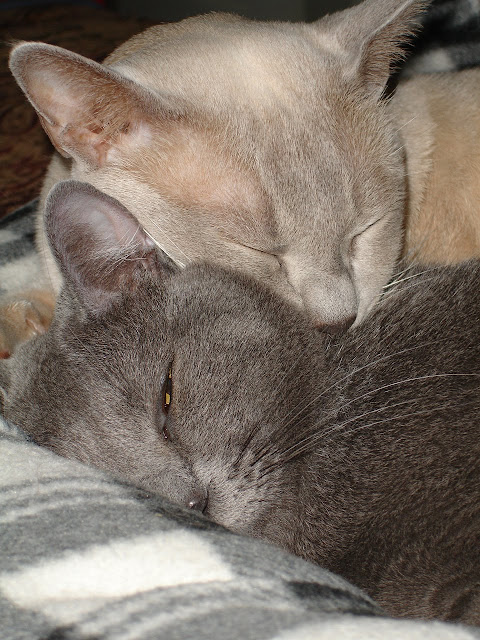 He loves to lay on my laptop: 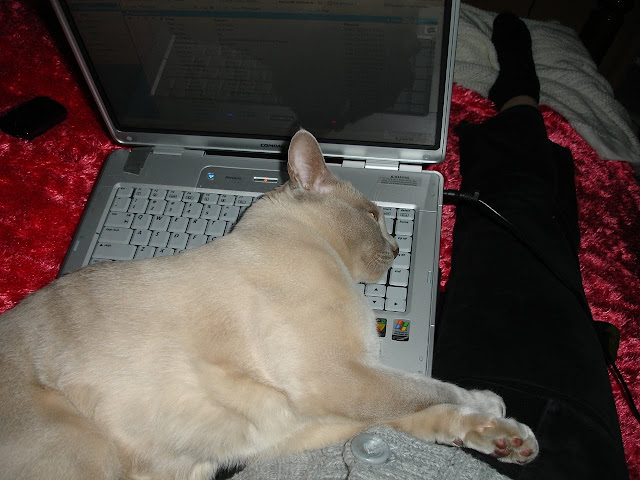 He loves to cuddle with his buddies Brody &Woody: 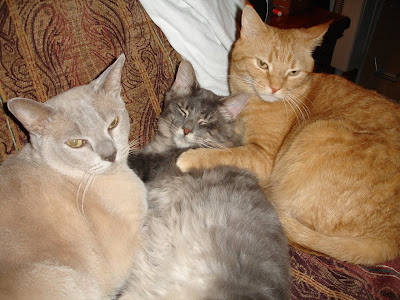 So if you like cats and always wanted a cat that never leaves your side, get a Burmese!  I love mine!  Anyone else have cats?  I'd love to hear!!
Posted by Java at 9:52 AM