That's what I hear about Short being overweight....that its baby fat. He just turned 10 and weighs 110 lbs. That is 5 lbs more then Grande who is 19!  Yes Grande is skinny but Short is definitely overweight. He can only wear pants/shorts with elastic which limits what he can wear. He's been  overweight for over a year now and nothing we seem to do makes a difference! He doesn't even eat  that much! We've had him to the doctors and there is no underlying medical issues. We've tried no soda..that didn't make a difference...no eating after a certain time...that didn't make a difference...we are at a loss as to what to do! 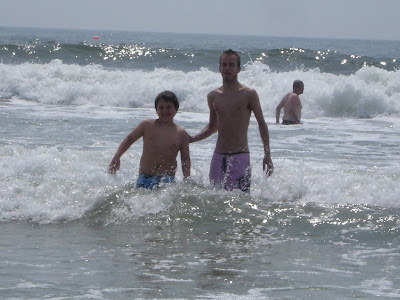 We also don't want his life to be focused around his weight either. He is just a boy and I think he should be focusing on being a boy and not about loosing weight. His classmates all love him and no one makes fun of him, but how long will that last? He is going into 5th grade in the fall and as kids get older, they might not be as nice! I've heard that once he goes through puberty that he will most likely loose his "baby fat"...which he may...or he may not!  I'm afraid if something isn't done now then he will carry it over into adulthood.

My Mom says its because he was breastfed! Can you believe that?? I nursed Venti for just a short time but did not nurse Grande or Tall. She says that is the only thing different that I've done with the boys.  Yes he was nursed until he was almost 2 but I don't believe what she says! 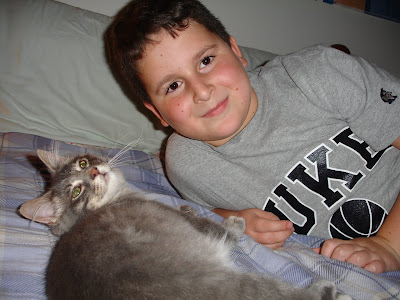 So here it is summertime. He can't hide behind clothes any more. Its time for swimming...the beach...lots of opportunities for less clothing. I feel for him and I know he is conscious about it.  If anyone has any suggestions, PLEASE let me know!!
Posted by Java at 10:06 AM