They are starting to know me on a first name basis at the ER.  I seem to frequent there lately!  Maybe they have Easy Pass!  Friday morning I woke up around 3:00am with severe stomach pains.  I tried Gas X, Tums...nothing worked.  It got worse and worse...finally around 4:30am I called Joe to come home from work and take me to the hospital...he didn't answer his phone!  Finally around 5:00am he answered and by then I could hardly talk!  I managed to tell him that he needed to come home asap!  He got home around 5:20am and he took one look at me and said we needed to go to the ER.  He helped get me dressed and out the door we went.  I could hardly walk and he had to get a wheelchair when we got there.

I didn't sit there very long and they took me back...but then I laid there for what seemed like forever...apparently they were on change of shift and so I had to wait.  In the meantime, the nurse put an IV in and took about 6 vitals of blood.  I had to go to the bathroom from all the IV fluids they were putting in me and shortly after that I started to feel better.

The doctor finally came in around 7:30am and said that all my bloodwork looked good except for one tiny thing with my liver and thought that I had a gallstone!  I said that I was feeling better after I went to the bathroom and she said that it probably passed.   She sent me for an ultrasound which did show that I had a gallstone!   I was at the hospital till around 11:00am...went home and got something to eat and then went in to work for 1/2 day because I had just been off that Tuesday with the flu!  I didn't feel good but I had to go in. 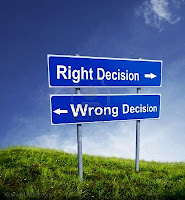 Speaking of work.  I have decided to take the new job!!  I am giving my 2 week notice on Monday and have a feeling that its not going to go over so well.  My boss is located at our main office which is over an hour away so I have decided to type up an email and send it to her vs. calling her because that way I can say all I need to say and I want them to know that I'm not leaving because of personal reasons, but because its a better opportunity.  I have thought long and hard about this and feel that I am ready to be done with the responsibilities of the manager duties.  I really would much rather be a stay at home mom, but that is not possible for me right now.

I am looking forward to my new job and just hope and pray that I made the right decision.  Which me luck!!  I will keep you posted!
Posted by Java at 9:22 AM