Whew....thing are hopefully settling down for me!   Taxes are done....Venti, Tall and Shorts birthday's....done...our Anniversary done...Easter....done....now its smoothing sailing until our vacation in June and Grande's birthday in July!  Maybe now I can get back to some regular blogging!!

In case you missed my last update and want to catch up, start here.

My job is going well.  The other girl that I started with that doesn't like it and is looking for another job is still there.  I'm hoping she sticks around but if not I'll be fine without her!  I have the job pretty much down pack now so its much easier and I feel like I know what I'm doing!

I did end up getting my period but it was really light and only lasted 2 days which is kinda strange but I'm gonna guess that the vasectomy did work and I'm not pregnant.  I was nauseous the other day after lunch and my boobs feel heavier but I just find it very hard to believe that after all these years it stopped working.  It has to be something to do with the beginning of menopause and just leave it at that.

Short just had a birthday and turned 11!  We look him bowling which we haven't gone in years and everyone had a blast.  I couldn't believe how many muscles you use when you bowl because when I got up the next day I could really feel it!


His birthday choice was orange sherbert!  He didn't want cake! 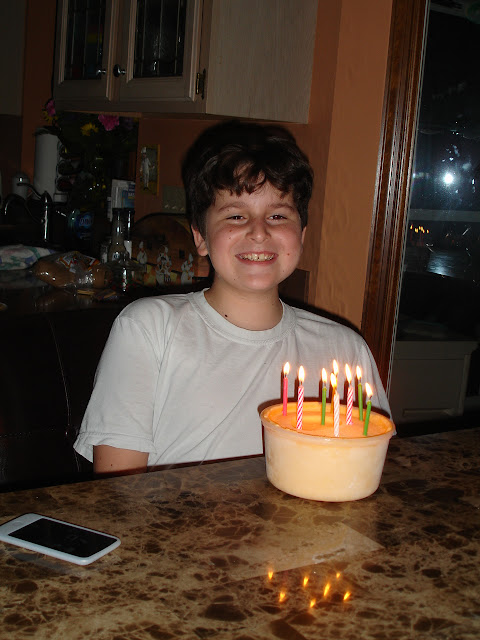 He got an Ipod Touch which he was thrilled with! 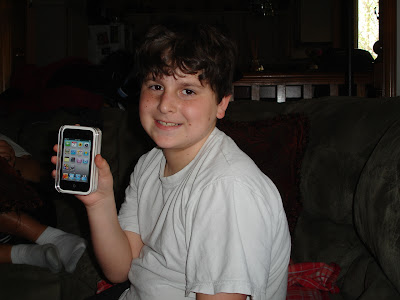 Tall and his girlfriend at the bowling alley. 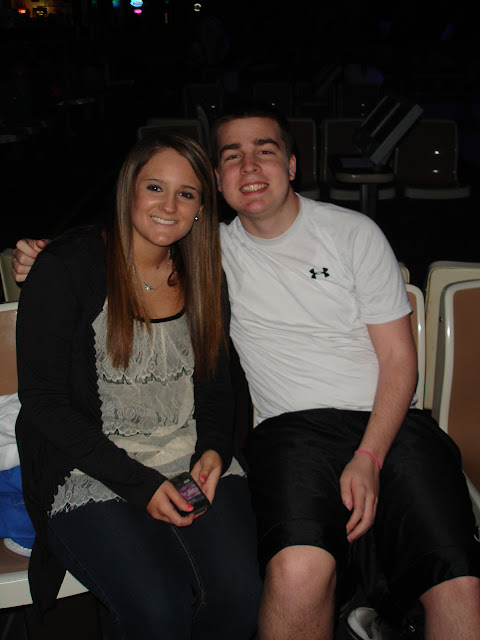 Short and his friend. 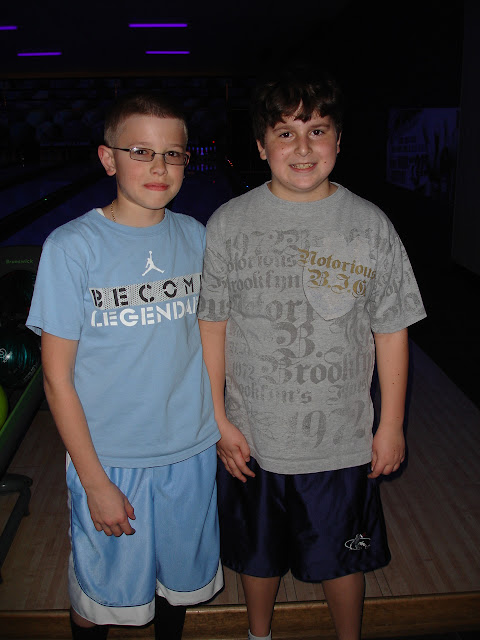 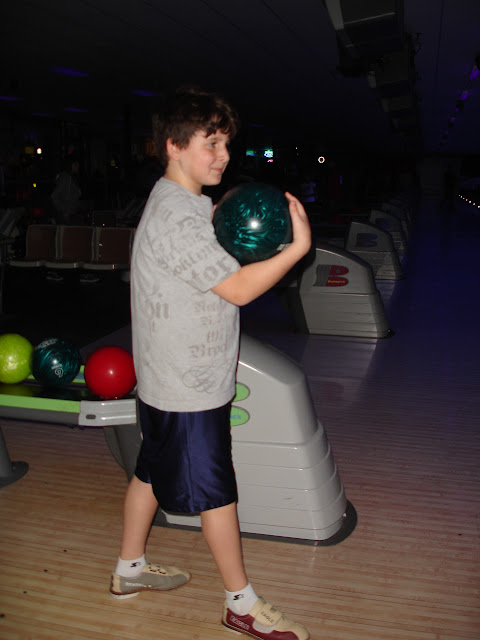 Tall is going to the prom with his girlfriend next Friday.  We just ordered his tux and the flowers.  I'll be sure to post lots of pictures!!

I hope everyone has a nice Easter.  Mine was okay.  If you remember me saying that when Venti moved out to Chicago that we could communicate via Skype.  We did Skype on Short's birthday and it was awesome!  That was on the 20th....well ever since then we were saying that I would bring my laptop to my parents house to Skype on Easter with Venti and Mocha and that way everyone could say hello and "see" each other.  Venti said that was a great idea.  Well Easter morning he text me to say Happy Easter and I text back saying the same and to let me know what time he wanted to Skype.  He wrote back saying they were going to Mocha's sister's husbands house for dinner and they would be eating at 2pm and that he would let me know.  So I took my laptop to my parents house, hook it all up..connected the internet and waited..and waited.
Finally at 5:15pm when I didn't hear from him yet and my one sister and her family were leaving, I text Venti and asked him what time did he want to skype because people were starting to go home....he never text me back until 5:30pm and said that they just got done eating (even though he said earlier they were eating at 2pm) and that he wouldn't be able to skype and that maybe we could do it next weekend!  I couldn't believe it!  Like everyone was going to come back next weekend just to skype!  He didn't call all day or did he call his Grandparents.  If you remember from Christmas and the incident that happened that day you would think he wouldn't have pulled another one this holiday!  Sigh... 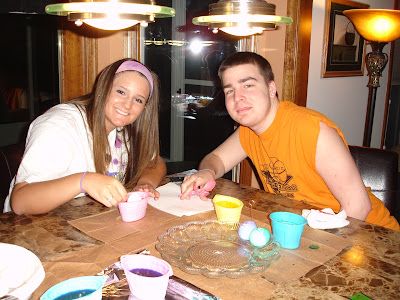 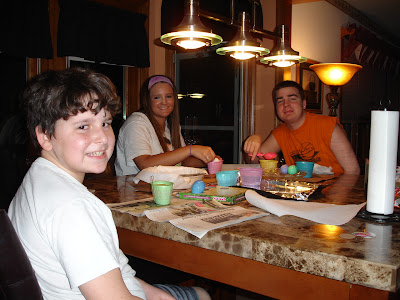 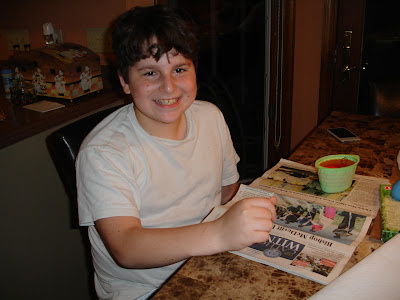 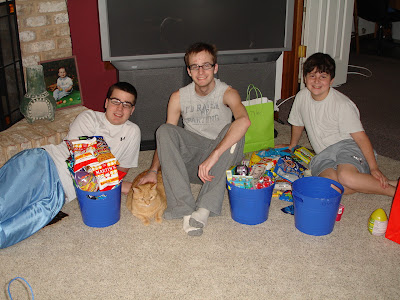 Tall finds out this week his SAT scores which will determine if he gets into the college he wants to go to...the one that Grande already got accepted to.  I'm crossing my fingers!

So that's whats been happening in my neck of the woods!
Posted by Java at 9:12 AM